Representing the professionals in the HVAC-R industry in Georgia

Welcome to the Conditioned Air Association of Georgia (CAAG). We are a state-wide, nonprofit trade association which represents heating, ventilation, air conditioning and refrigeration contractors (HVAC-R) who work on residential, commercial and industrial construction projects.

We are comprised of more than 650 members in 14 different chapters. Our membership is a wide range of multi-million-dollar firms to one-van companies.

Regardless of the size, CAAG represents the contractors and suppliers alike.

Being a member of CAAG gives you and your company an advantage that sets you aside from the competition.

CAAG exists to promote and maintain the highest professional standards which provide for ethical behavior, credibility and quality of products and services, within the heating and air conditioning industry.

We help you have a voice at the capital on legislative matters.

Our mission is to represent the professionals in the industry who have a genuine interest in improving the industry for both the customer and the contractor. We strive to promote quality and professionalism in the HVAC-R industry in the state of Georgia and the demonstration of a genuine concern for the satisfaction of our customers by providing quality service.

Executive Director of the Conditioned Air Association of Georgia

Having long held an interest in politics, government and entrepreneurship, Tucker Green likewise found inspiration in the form of his grandfather, whose involvement in CAAG and the HVAC-R industry helped lead to his career. While attending the University of Georgia, he was encouraged to run for the local school board and, in 2018, became the youngest elected official in his county and youngest school board member in Georgia. Since graduating from the University of Georgia, Tucker has distinguished himself on the Pickens County Board of Education, as a lobbyist and Executive Director of the Conditioned Air Association of Georgia and as the owner of Tucker Green & Associates Inc.

The 2023 CAAG Annual Conference is being held at the beautiful Augusta Marriott Downtown, Augusta, GA.  All our members should enjoy the nice riverwalk, restaurants, bars, and shoppes in walking distance downtown. The program will begin with the CAAG Cup Golf Tournament on Thursday this year and a Meet & Greet Reception on that evening of March 23rd. Concluding around 1:00 pm on Saturday March 25, so make your room reservations accordingly. We award scholarships on an annual basis to deserving and dedicated students who are chosen and meet all eligibility requirements. Scholarship recipients may be attending vocational school or college for their post secondary education. The scholarship funds can be used for tuition, books or lab fees.

Scholarship Requirements: Must be attending or plan to attend a college or institution in the state of Georgia.

A SPECIAL THANKS TO OUR SPONSORS 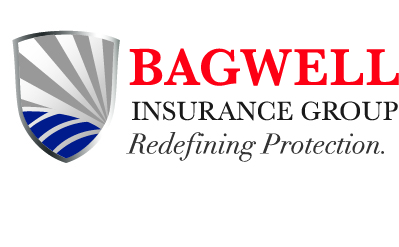 Healthy employees and a healthy business.

The CAAG Health Plan is an insurance and HR products program exclusively for our members practices. Together, we will be stronger. Click Here to learn more

FILL OUT THE FORM AND CAAG WILL BE IN TOUCH SHORTLY.